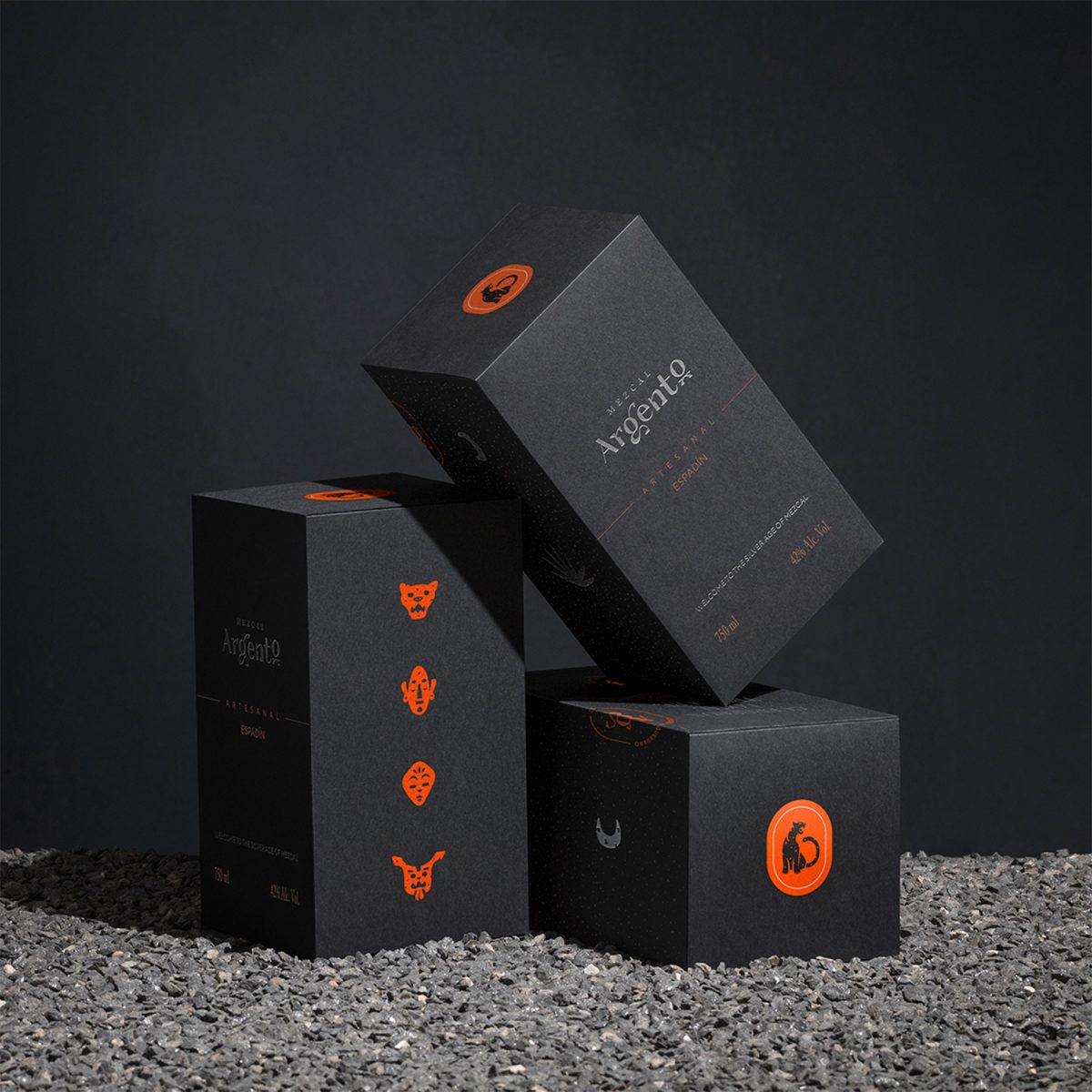 Argento is a family-owned mezcal with a history that dates back for a century. The mezcal, an authentic and sustainable distillate, carries its
origins and legacy within its essence. As it’s eco-friendly, its plantations are pesticide free allowing farmers to be kinder to the land. To reect
this, tbpmx awoken its creativity through the estates’ location in the state of Guerrero. Immersing itself in its history, cultural exchange,
commerce and tourism. With that said, the name of Argento arises from the states most abundant metal, silver, and its place in the periodic
table, hence the presence of the number 47. The branding is an expressions of Guerreros’ ecosystem, culture and folklore. Textures and
patterns are inspired in the evident Afro-Latin American inuence within the area, while adding a wink of endemic elements that can be
perceived in the color palette and graphic approach. The logo, as to the whole graphic universe voice the syncretism between the two
cultures.
– Crafted in tandem with nature.