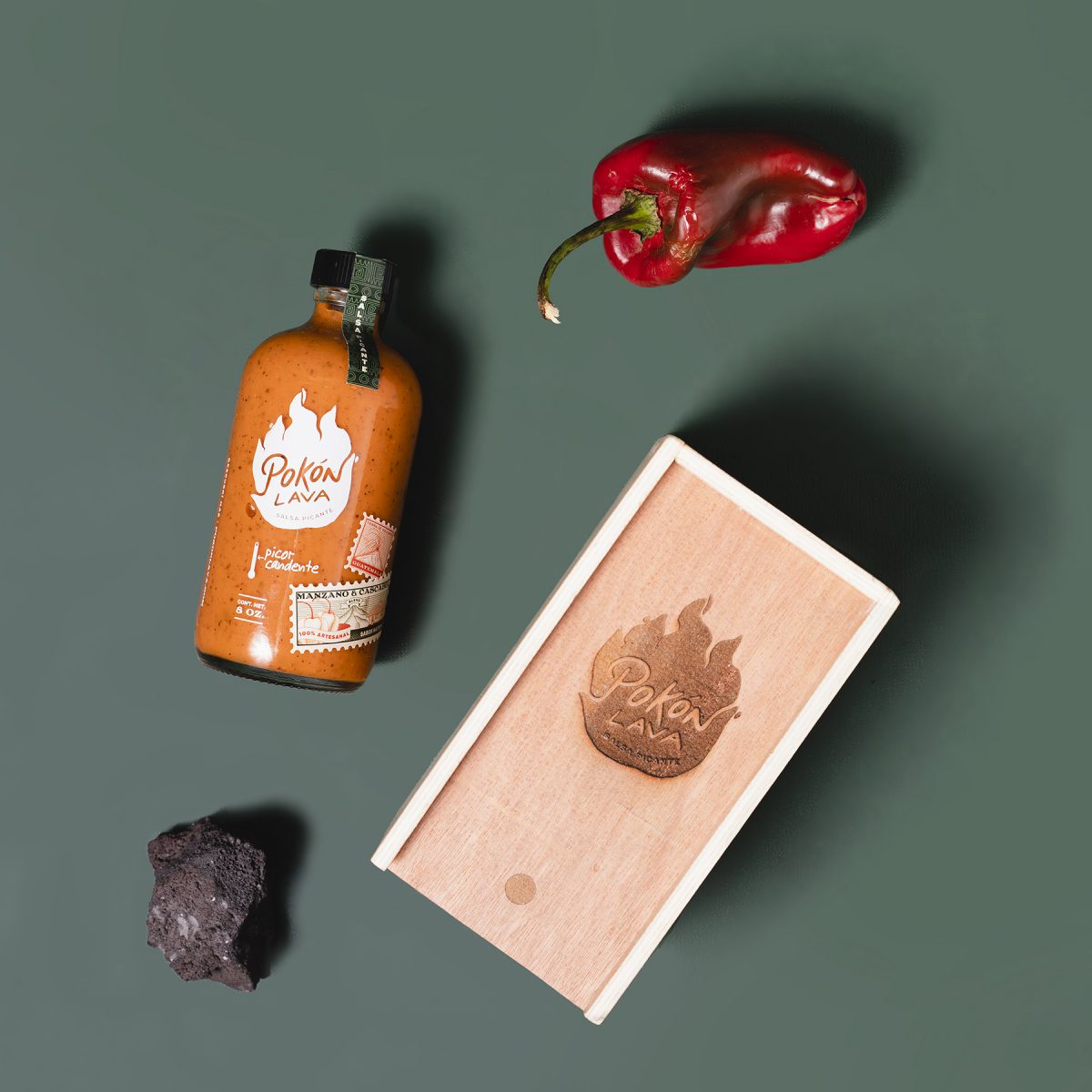 POKON is inspired by Grandpa Roberto. A man who worked his farm until the last day of his life, with the conviction that the most precious time on
earth was the time you spent working. Grandpa Roberto taught us to appreciate and value the land, to treasure each minute of every day. He also
taught us to enjoy and cherish the life’s greatest details, after all, a day’s work most always end with a good meal and a “happy heart”.
Grandpa Roberto had in his heart the brightest fire. He had a flame that made him unable to stop until he reached his goals, a flame that made him
pick himself up and learn from every mistake. A flame that lives in the veins and hearts of each of his grandchildren, including POKÓN’s creator and
founder.
Grandpa Roberto’s farm is in one of the most blessed lands of the planet, a land close to the Pacific Ocean, the Sierra Madre, Guatemala, where the
ancient mayans lived and multiple active and inactive volcanos are. It was there, where the creator of POKON discovered the Manzano peppers, the
most pungent of the peppers that can be found in Guatemala and the secret ingredient in the meals of the farm’s workers. This ingredient was
venerated by this ancient culture too as well as the volcanoes, they were sacred land for them so they didn’t hike them. So we unied his the
founder’s family history and the mayan relationship with Manzano Peppers.
After many experiments in his kitchen, POKON’s creator made a blend that delighted his palate and became a staple in friends and family
gatherings. Now, POKON is one of a handful of Guatemala’s best ambassadors and a homage to the spice of life, to the flame that Grandpa Roberto
and all Guatemalans have in our hearts.