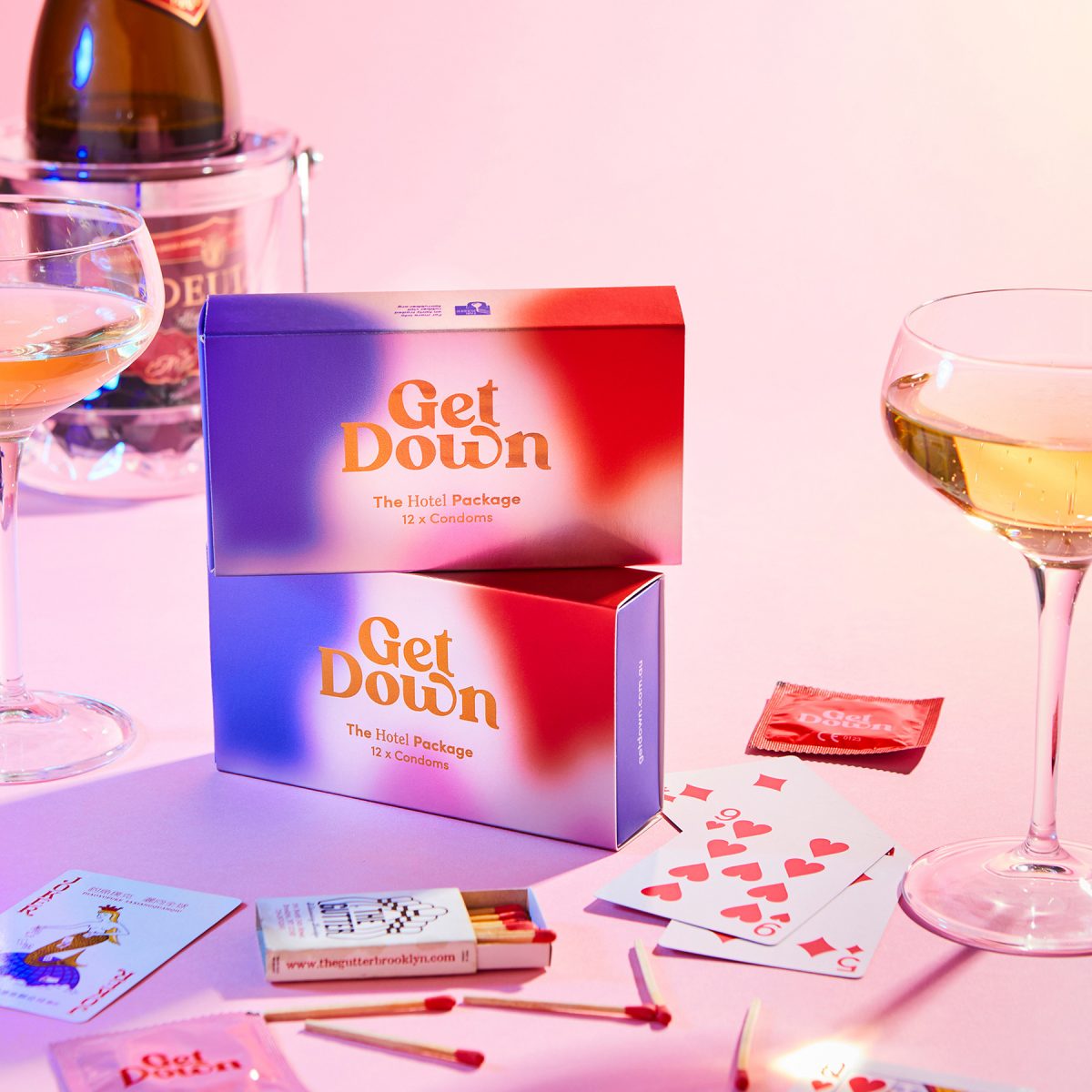 Concept, branding, visual identity, packaging and social media content for GET DOWN, a condom brand aimed at centennial empowered girls.
The condom landscape (a.k.a man-scape) needed a game changer! Women don’t feel empowered by the non-hormonal birth control on the shelves. Specifically, condoms. In fact, women feel uncomfortable altoge-ther when it comes to condoms.
Get Down empower young women to take charge of their sexual health. Get Down is inspired in 70`s decade, a tumultuous time. After decades of repression, society flourished and claimed rights and equality. Get Down visual identity tries to mix 70’s style with centennial aesthetic. Packaging is easy to carry on and put inside

Project : Get Down condoms