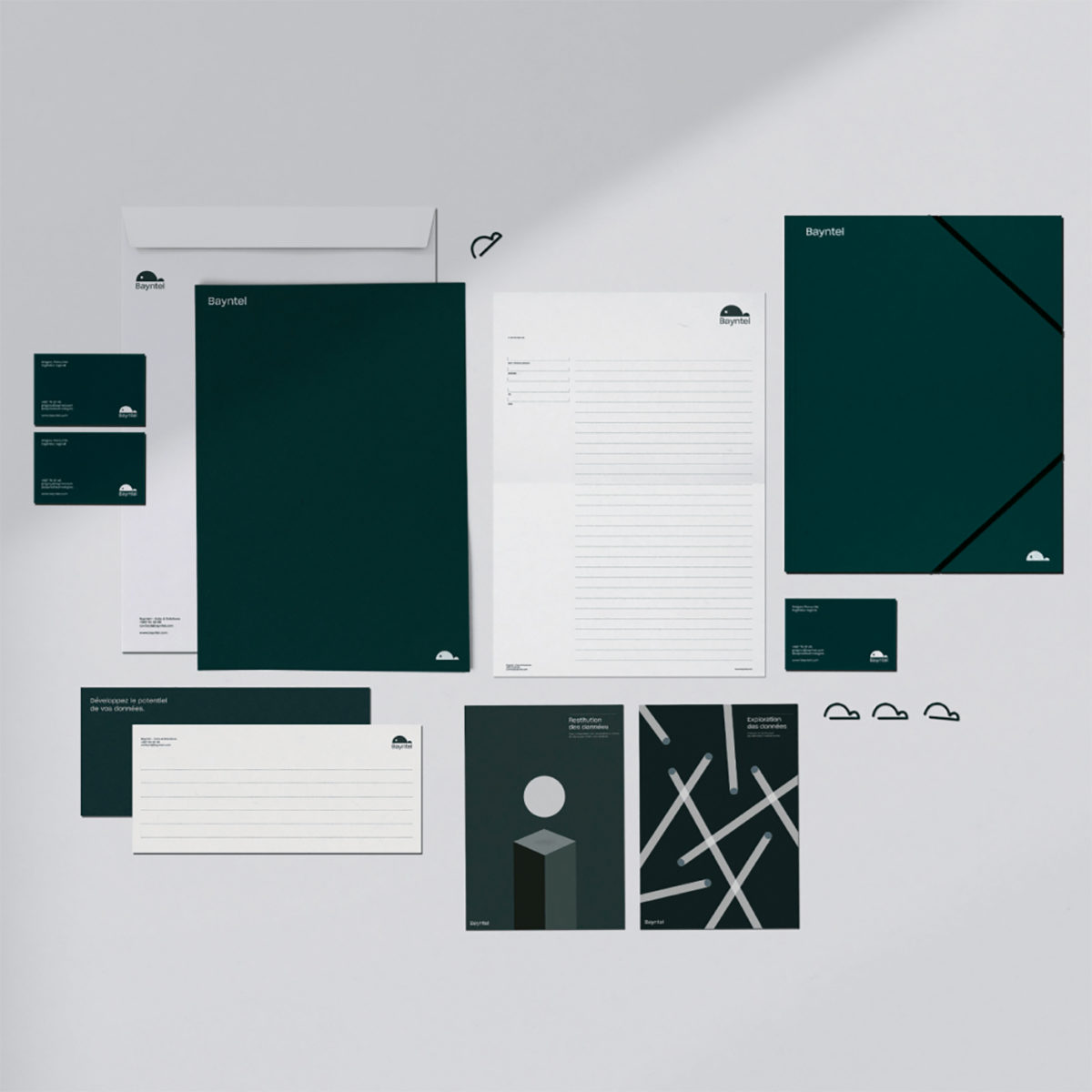 Bayntel is a data analytics company whose goal is to enable companies to express their potential through data analysis with strategic decisions. Their goal is to provide to companies an in-depth knowledge of their audience according to a predictive model. Bayntel implements decision support tools and helps companies in the acquisition, exploration and analysis of data.
​​​​​​
By reflecting values of reliability, safety and precision, the main goal was to create a visual language based on simple, effective, and easy-to-understand geometric forms to translate complex concepts and make them understandable. We have chosen to represent the extent and quantity of existing and to come of data, through the representation of a whale, the largest mammal in the world, which also reflects the area in which Bayntel extends its services: the Pacific Basin. The logo shows a play of proportion between the symbol and the name in order to demonstrate notion of scale and Bayntel’s ambition. We chose a deep, bluish green to express growth, ingenuity and stability.
Designer : Tiffanie Mazellier