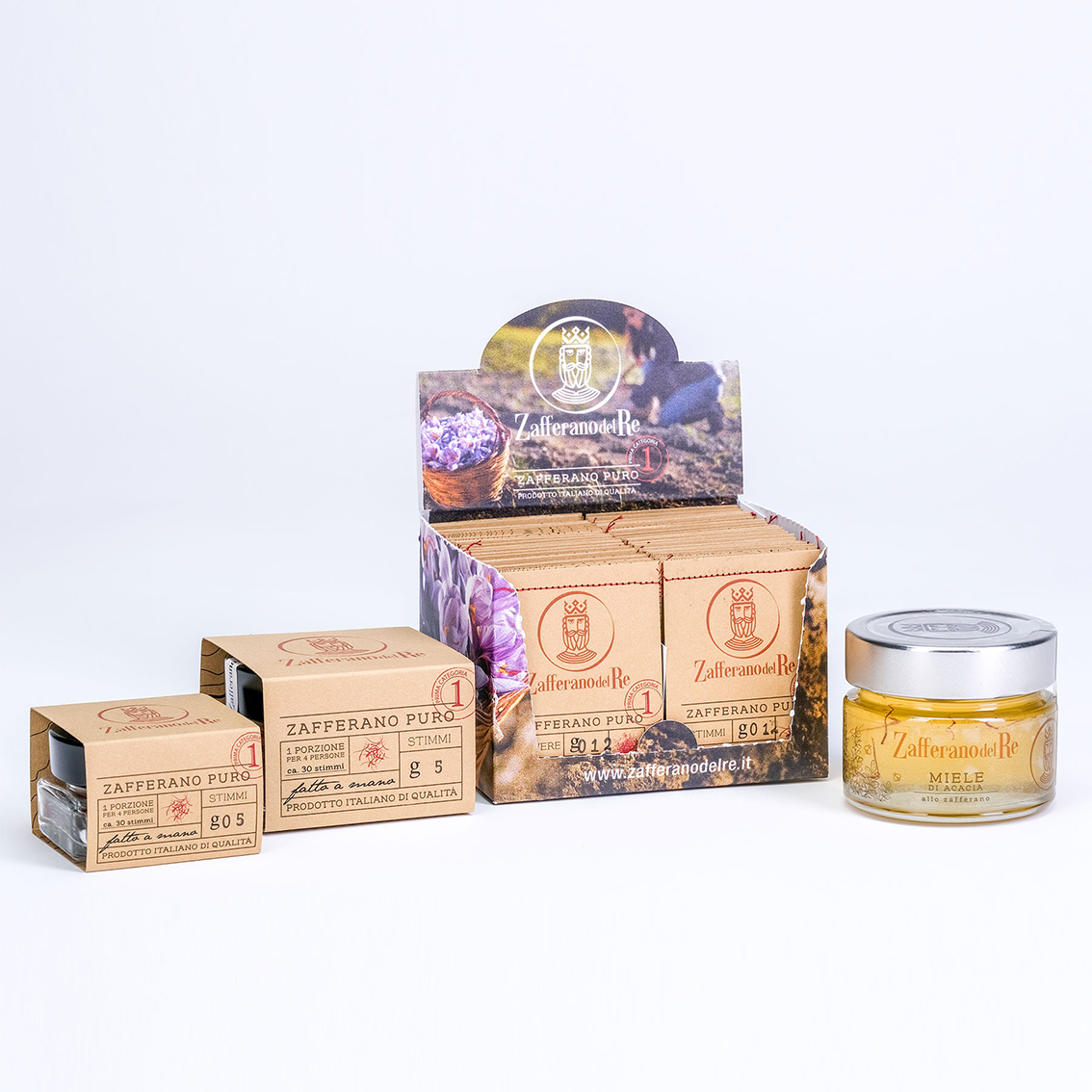 Legend has it that Alaric, king of the Visigoths, was buried together with his immense golden treasure beneath the confluence of the rivers Busento and Crati, where today the city of Cosenza (Italy) rises.
The “Zafferano del Re” (Saffron of the King) logo refers to the legend of Alaric’s treasure. A young company cultivates a precious and ancient product, the saffron, which is known as the red gold, the treasure of the earth. And he does it right in the lands that guard the King’s gold.
The brand represents, in a contemporary style, the face of King Alaric in an irregular circle that recalls the shape of golden coins minted in ancient times. Furthermore, to reaffirm the concept, each pack contains a treasure map.