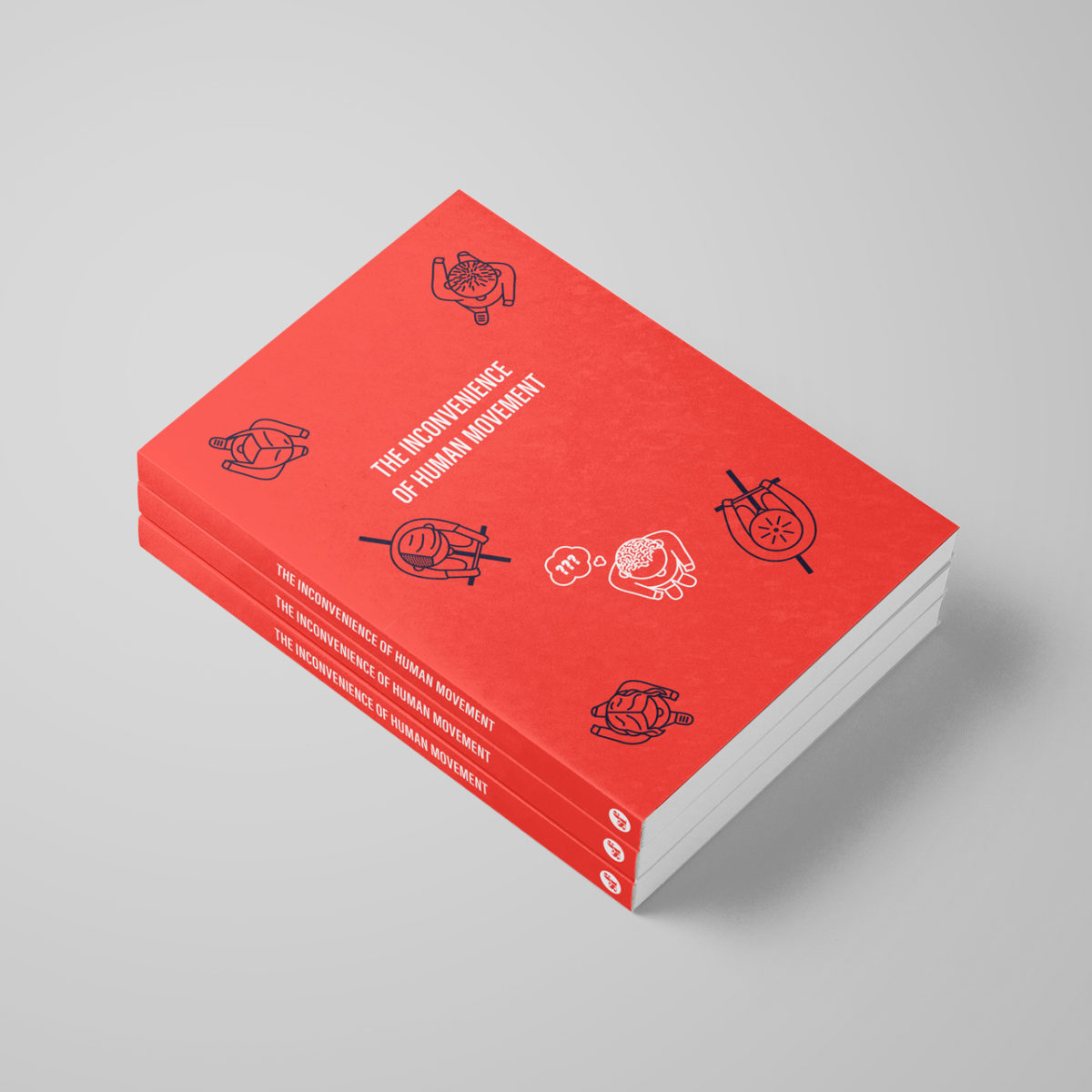 Branding agency Straight Forward Design is publishing an illustrated book called The Inconvenience of Human Movement as part of its Stretch Projects programme, which encourages in-house designers to break free of client-focused commitments and flex their creative muscles.

The Stretch Projects programme is all about giving team members an opportunity to push themselves and learn new skills in a fun, carefree way. It’s not about success or failure, it’s about having a go and exploring new avenues.

This light, breezy and humorous read came about because Creative Director Mike Foster had an idea for a book and Designer Lenka Vomelova had always wanted to illustrate one.

Mike and Lenka have something else in common, too – a hair-pulling sense of frustration caused by everyday situations, like people standing in doorways, or text-walking, or not having cash to hand when they reach the top of the supermarket checkout queue.

Following a Straight Forward Design team brainstorm, it became clear that it wasn’t just Mike and Lenka getting wound up over these annoying behaviours – everyone else had a ‘human’ pet hate too. So Lenka set to work illustrating the different scenarios, each accompanied by characterful line drawings of the contributing staff members.

The vignettes beautifully articulate a sense of movement and are further animated with arrows and speech bubbles, all demonstrating how the way people go about their daily business can impact on those around them. Each numbered scenario is given a name – for instance, ‘Cash Point Kerfuffle’ – and comes with a droll write-up that’s sure to elicit a chuckle or a sardonic smile.

The book helpfully sets out annoying categories – like public transport, driving and airports – and then goes on to describe the aggravating situations that can occur within each, suggesting solutions and offering best practice notes. (Very useful!)

Mike Foster says: “We’ve all asked ourselves questions like: ‘Why can’t people just walk in a straight line? It’s not that difficult!’ Or: ‘Why does that complete banker’s laptop need an entire seat to itself?’ So we thought we’d note it all down and create a book that people could relate to, that would make them smile.

“This witty book is about creativity for creativity’s sake. There’s no right or wrong. Everyone at Straight Forward Design wants to learn and our Stretch Projects scheme gives them the freedom to do so.”

Project : The inconvenience of human movement