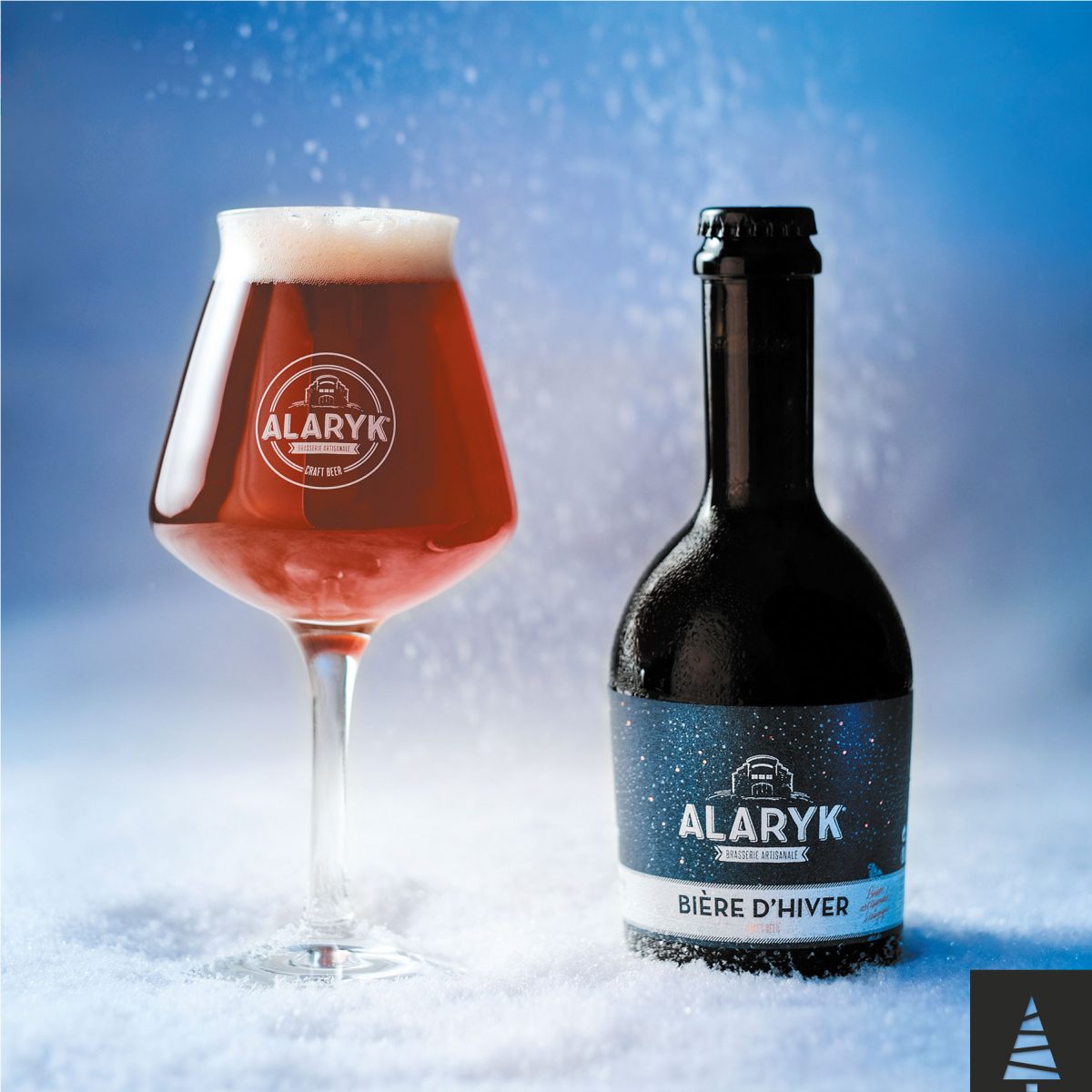 With the coming of winter, brewers always brewed a special beer. For that they used malts from the previous year (new malts only arriving later in November), to which they also added some special spices to echoe the typical flavour of the pastries of that time of the year. This is how the winter beers appeared.
Respecting this tradition, Alaryk started brewing its own winter beer, or « Bière d’Hiver » in French. Alaryk Bière d’Hiver is a blond beer, finely spiced with cinnamon, clove, ginger and cardamom. This aromatic gourmet beer is brewed using the high fermentation technique and is naturally cloudy.

While respecting the visual identity that we realized for the Alaryk brewery (click here to discover it), we wanted the winter beer to be graphically different from the rest of the range. We thus wanted to create a winter-ish universe around that beer, and in order to do that we visually evoqued the starry skies of that time of the year. This overall theme is translated by the use of a paper from Arconvert (“Sirio Pearl Shiny Blue”), which is associated with a copper gilding and a white silkscreen finish, for a convincing result that plays with light reflections. The chromatic range, which is oriented around a deep blue, is also resolutely winter-ish.