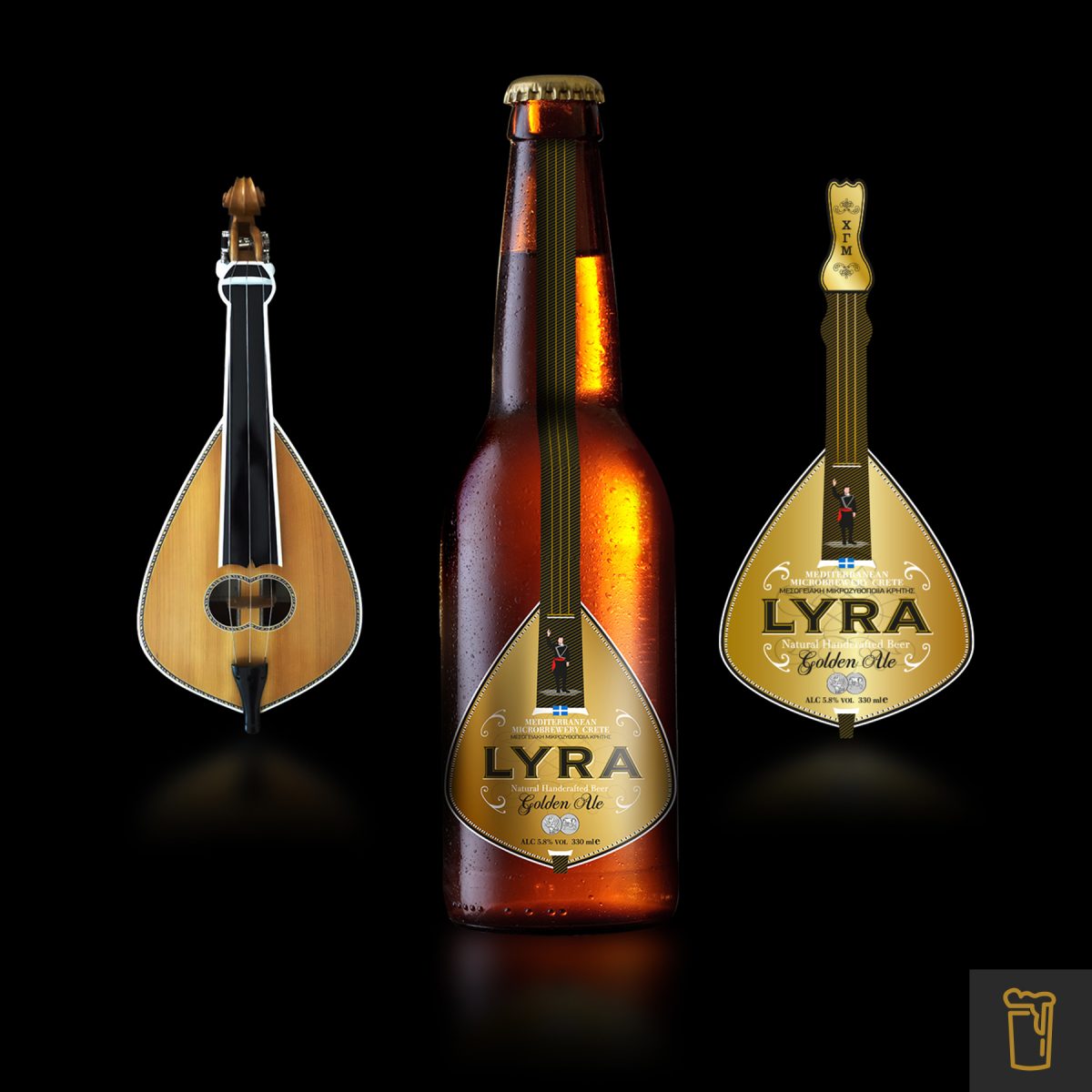 Beer is probably the world’s most popular drink with a rich tradition associated with both production and consumption.

Mediterranean Microbrewery Crete assigned us to design the packaging of their golden ale beer: Lyra.

A microbrewery is linked to its immediate environment, local market and community. The Lyra is a musical instrument central to Cretan traditional music and a symbol to Crete. That said, it could also serve as a symbol to the beer.

A beer bearing that name and imagery communicates both its Cretan origin and the benefits associated with it, such as quality ingredients and a rich culinary tradition.

The most prominent element of the packaging is the illustration of the Lyra, which sets the base for the composition of every other element. The vintage typography highlights the aspect of tradition and how it enhances the final product, while organizing the information in clear hierarchy. Images of a Cretan man in traditional attire and the Greek flag adorn the label and complete the composition.