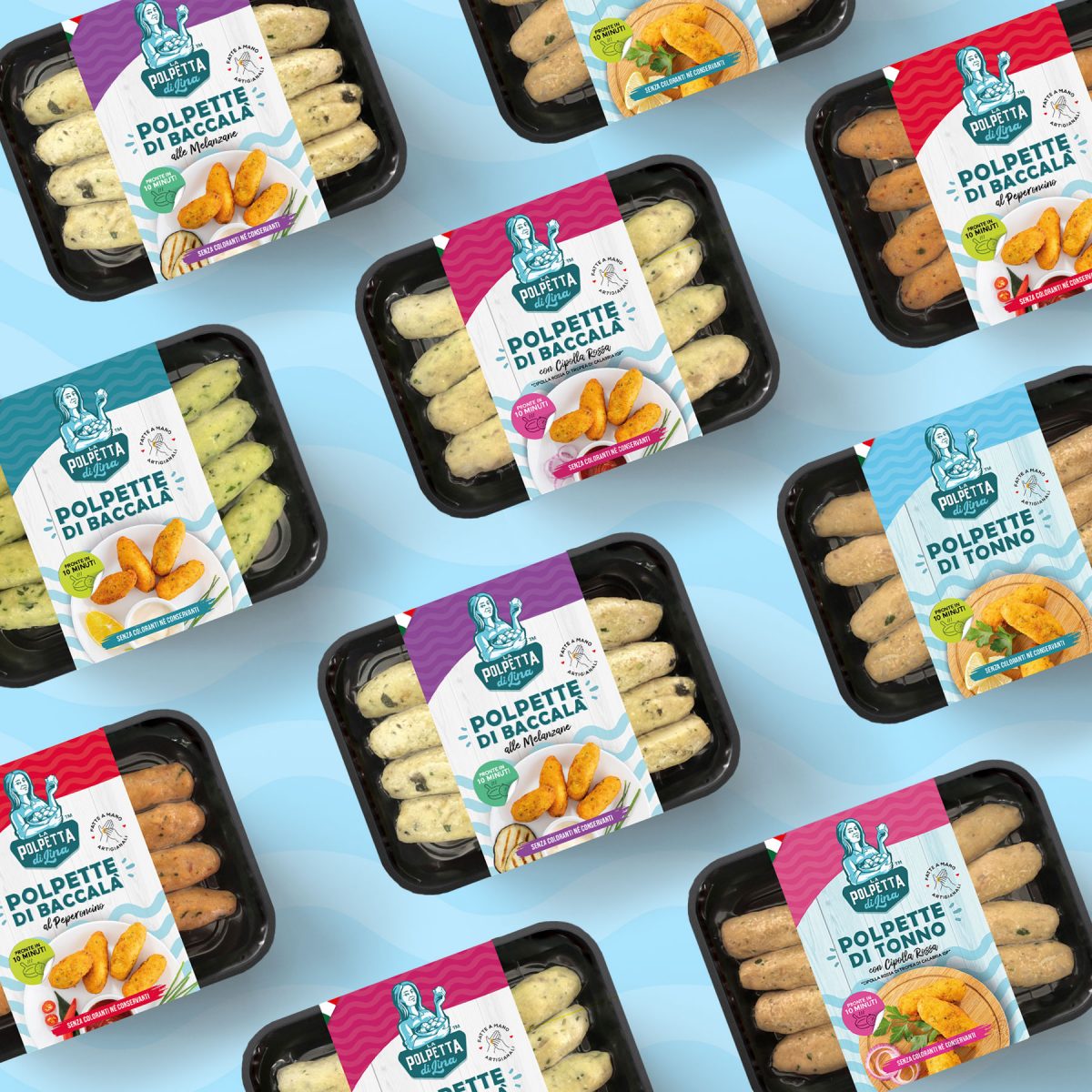 The processing of stockfish and cod is one of the typical culinary traditions of the province of Crotone, Italy. The Mesoraca family business has decided to market the typical codfish balls – and also a tuna variant – using the recipe of Mrs. Lina, mother of the company founders. For this, they have chosen the “La Polpetta di Lina” as their brand name.
Studio La Regina took care of the image of the products starting from the creation of the logo, in which a similar but cartoonish portrait of the real Mrs. Lina stands out. All the recipes are curated by her, and paying homage to her directly in the brand allows underlining this unique feature of the product.
The packaging consists of black trays – in recyclable materials – wrapped in cardboard strips printed with the information for conservation and consumption. The entire design brings to mind the marine atmosphere, including elements typical of the white wooden structures that can be seen on the beaches of the Ionian Sea. A waving background completes the metaphor.
Fish balls are sold frozen, so it’s useful to show how they appear when cooked. So, photos of the real products stand out in the middle of the cardboard strips, showing Coldfish balls on white plates and Tuna balls on wooden plates. Different background colors, all very cheerful and bright, help to easily identify the various flavors available: light blue for standard fish balls, pink for ones with red onion added, purple for ones with eggplant, and red for the spicy chili pepper ones.