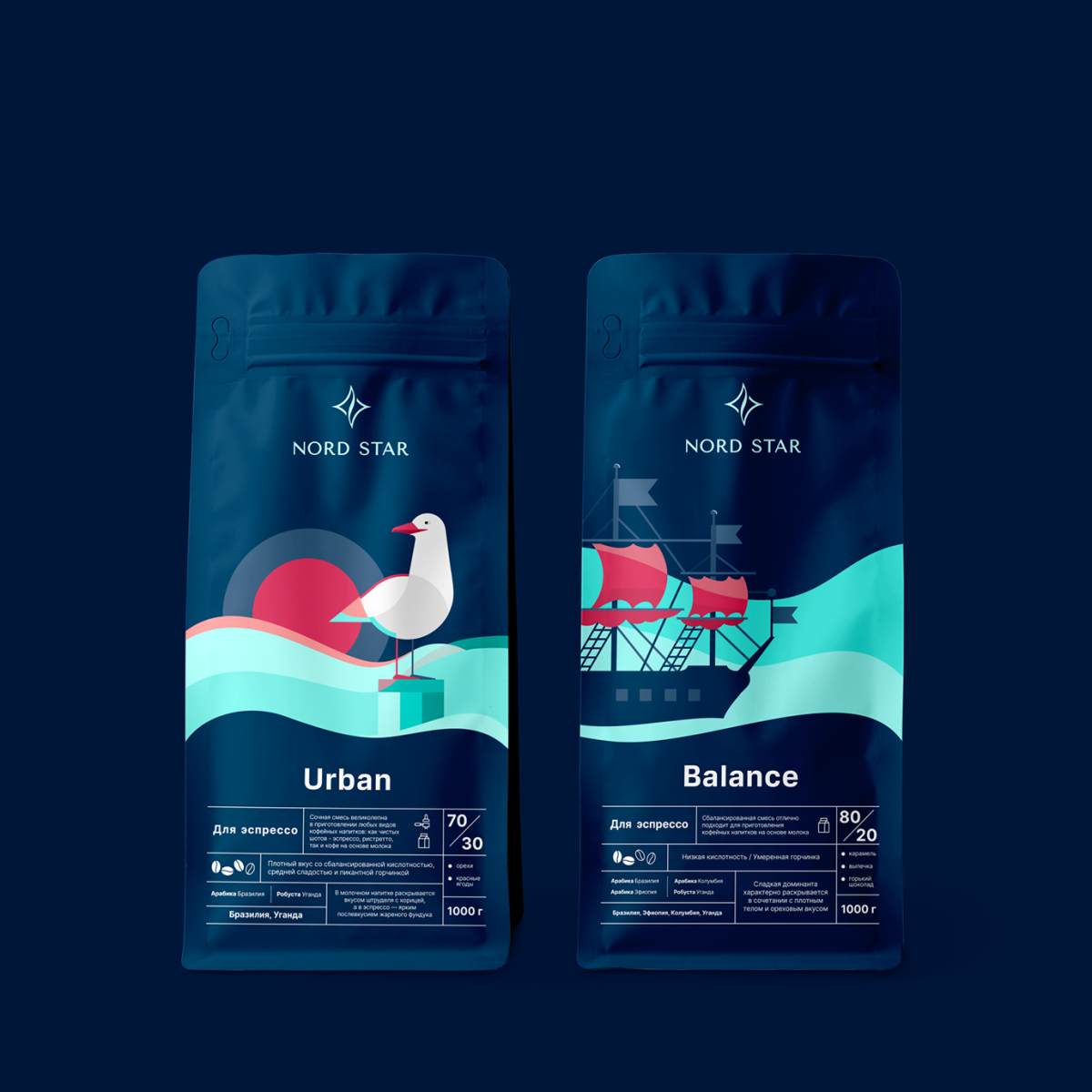 The conceptual project of the NORD STAR freshly roasted coffee appeared in St. Petersburg, the northern capital of Russia, the “city of winds” with a developed coffee culture. The recognizable style and democratic atmosphere of the city organically permeate the mood and life of the whole country. Following the popular fresh roast trend, a new star has been born – coffee with a Nordic character “NORD STAR”, with an emphasis on the darker, full city roast and deep taste that make our blends so popular and well suited for coffee machines and the coffee industry in general.

The first task was to develop a logo. We were required on the idea of combining the image of a star and the coffee bean or smoke. The color palette was agreed at a very early stage. This is a complete absence of brown shades that are associated with coffee. Only cold and bright colors. Turquoise gradations are associated with cold, north and northern lights. Dark blue – with the night. After all, the radiance of the stars is visible only at night. And the red color of the berries as a contrast.

Illustration. In the first illustration, I showed the image of a seagull. This bird loves water, and our city is built on water. The illustration style is minimalist with using geometric shapes. The lines are straight, the colors are taken strictly from the palette. Lack of gradients, strokes and other effects. I tried to make the illustration as clean as possible. Added elements such as highlights, reflections, shadow. This is done in order to show the depth. The second illustration was a ship. The prototype was a boat on the spire of the tower of the Main Admiralty – one of the main symbols of St. Petersburg.