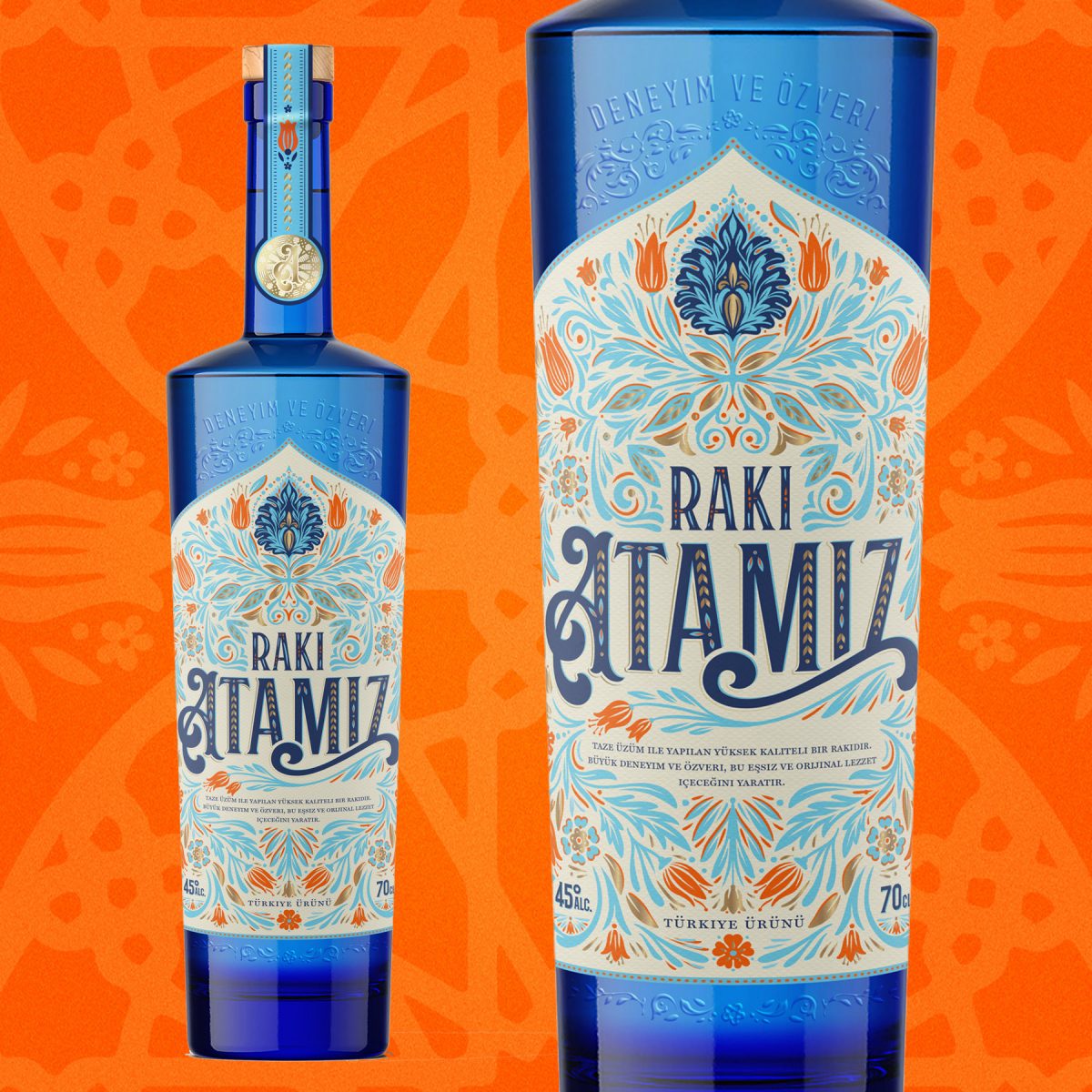 This liquor, also called “Aslan Sütü”, generally distilled from grapes, is similar to other liqueurs found in the eastern Mediterranean and in the Balkans, such as ouzo, arak or tsipouro. You can even consider it a relative of the French pastis.
The design is inspired by Turkish ornamentation. The work consisted of a deep investigation of Turkish art and style to generate a design piece that reﬂects the aesthetics of that country. The architecture of the design reﬂects part of the art of Turkey that we can visualize in looms, mosaics, walls among other things. The richness of this artistic style is very interesting and attractive, the colors also play an important role, they are very contrasting colors, which enhances the design and attracts attention. To be inspired by the ethnicity of the countries is something that I am passionate about, to investigate in depth where it comes from, where the style comes from, its meaning, to investigate its chromatic character, its multiple forms and the logic of its montage. In this case it was an attractive project as Turkey has a wonderful and complex art where inﬁnite design compositions can be developed.
To develop this type of liquor, two important distillations are needed. After the ﬁrst distillation, a high-alcoholic liquid called Soma is obtained. Anise seeds and water are added to the Soma, and then it is distilled a second time where we already get the Turkish Raki. Raki is always taken with cold water and never on an empty stomach.