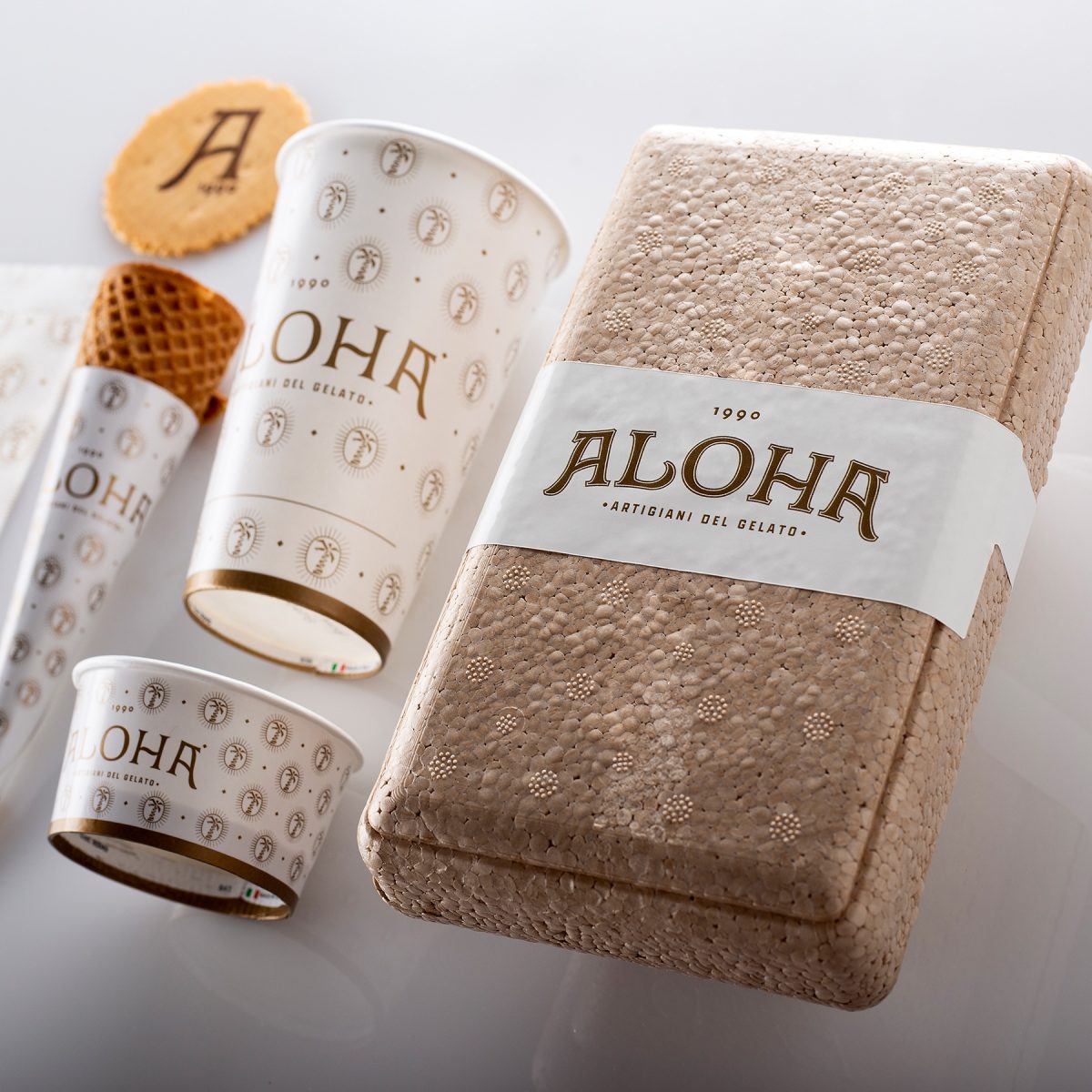 When ice cream is love, it’s easy to fall in love with its overwhelming taste and inviting appearance; especially if the historic Aloha ice cream parlour prepares it. A project that reflects a concept of happiness, that leaves room for a Roman flavor inherent in the territoriality of the place and that gives emotions, before even being able to taste ice cream. Basile Adv and Resistenza have combined their skills to carry out a work with a solid, original and well-rooted path in the origins of a company that boasts 30 years of activity. From its soft, harmonious and, at the same time, with a firm and energetic character, lettering is designed and based on Roman capitals, but with a more pronounced serif and much more organic traits, as is evident if attention is paid, for example, to the horizontal auction of the letter H in the company’s insignia. In order to maintain this contrast of sweetness and strength together, the final two A’s were designed trying to recall some elements of the Art Nouveau style. A depiction that appears to the eye almost “creamy”, remaining on the theme with the consistency of what can be called a good ice cream, theirs. Following a process strictly influenced by Romanity and tradition of the territory, a mark of extraordinary prominence is included: a golden palm, circumscribed in the void of the O of lettering. Symbol that evokes life, prosperity and triumph. The palm tree represents a refined and shining image, given above all by its color, which has been chosen to illuminate the entire result and give an elegant appearance, enriched by the rays around it. Youthful, fresh, but with the spirit of its origins always present, Aloha represents a gem of irrepina production that gives off uniqueness and grace from every detail.