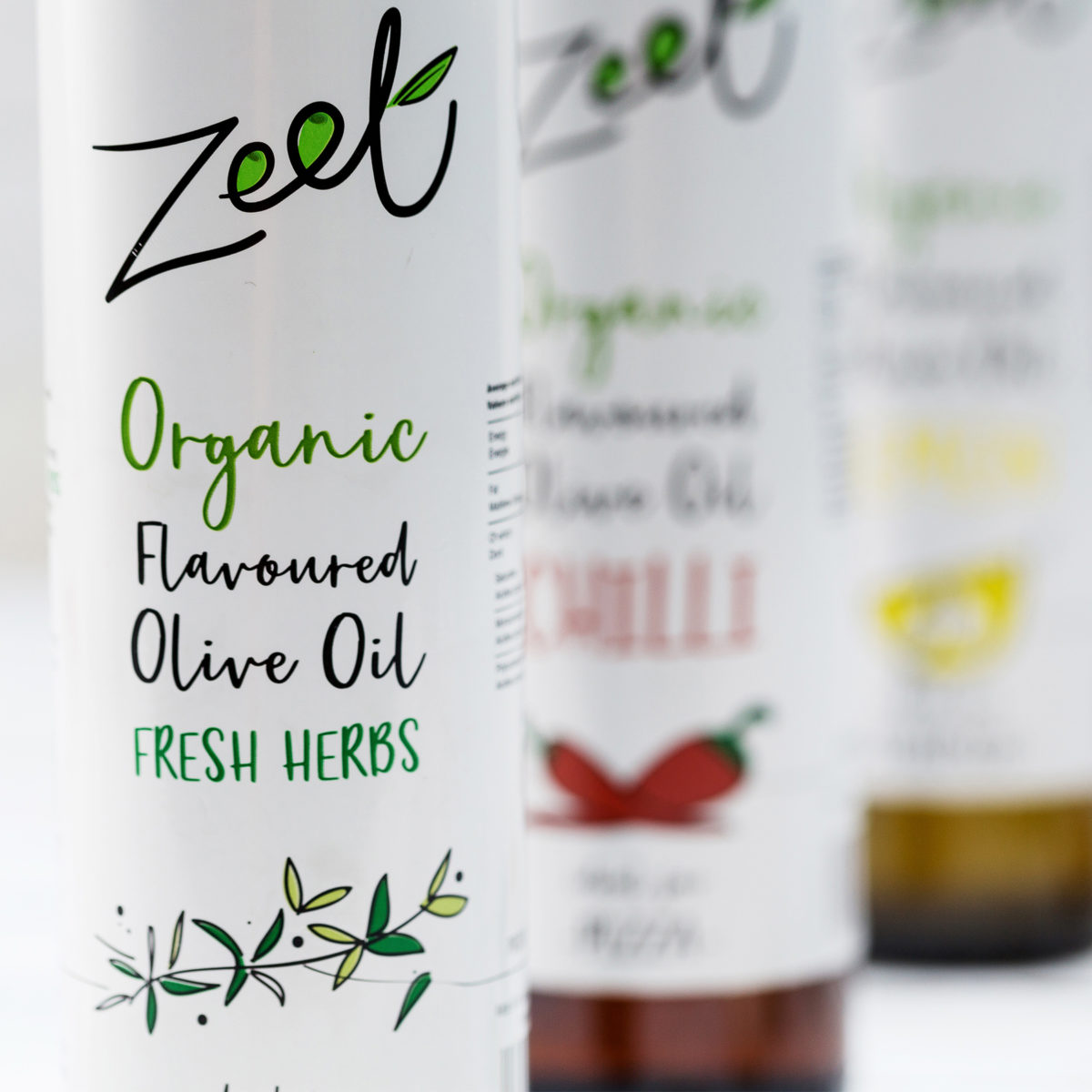 BRIEF
As the appreciation for olive oil expands beyond the traditional consuming markets, there is a drive to create more specialized propositions for specialized applications. This logic has led to the creation of olive oil variants infused with herbs and spices, destined to optimally accompany specific types of food. Zeet (Arabic for ‘liquid’) is a family company that produces olive oil for more than a century now in Tunisia. Their export drive, with an eye to the UK market in particular, led them to expend their portfolio with the addition of an infused line (with Lemon, Chili, Garlic and Fresh Herbs). This line was treated effectively as a new sub-brand that required its own distinctive identity.

CREATIVE CONCEPT
The key idea behind the whole line was the celebration of food. The variants available constitute the perfect pairing for different types of food, taking enjoyment to a whole new level. This is not about exclusive gourmet moments happening once in a blue moon – rather, it is about everyday accessible enjoyment for everyone. These aspects had to be depicted to the new brand identity of the line.

DESIGN APPROACH
It was decided to follow a fresh logic, away from the obvious (and done-to-death) codes of olive oil visual identity. The reason is that the key takeout we strived for was uplift, happiness and joie de vivre, rather than the need to be seen as something upscale and rare. This is why for starters, a playful and friendly typeface was created for the descriptors and texts of the line. Following that, we developed a series of minimalistic pictograms along the same logic for the key ingredients of each infusion per variant. Finally, each variant was additionally color-coded with a different color on the top seal, deriving from the color of the key ingredient. Vibrant, inviting and approachable, the end-result works just great.