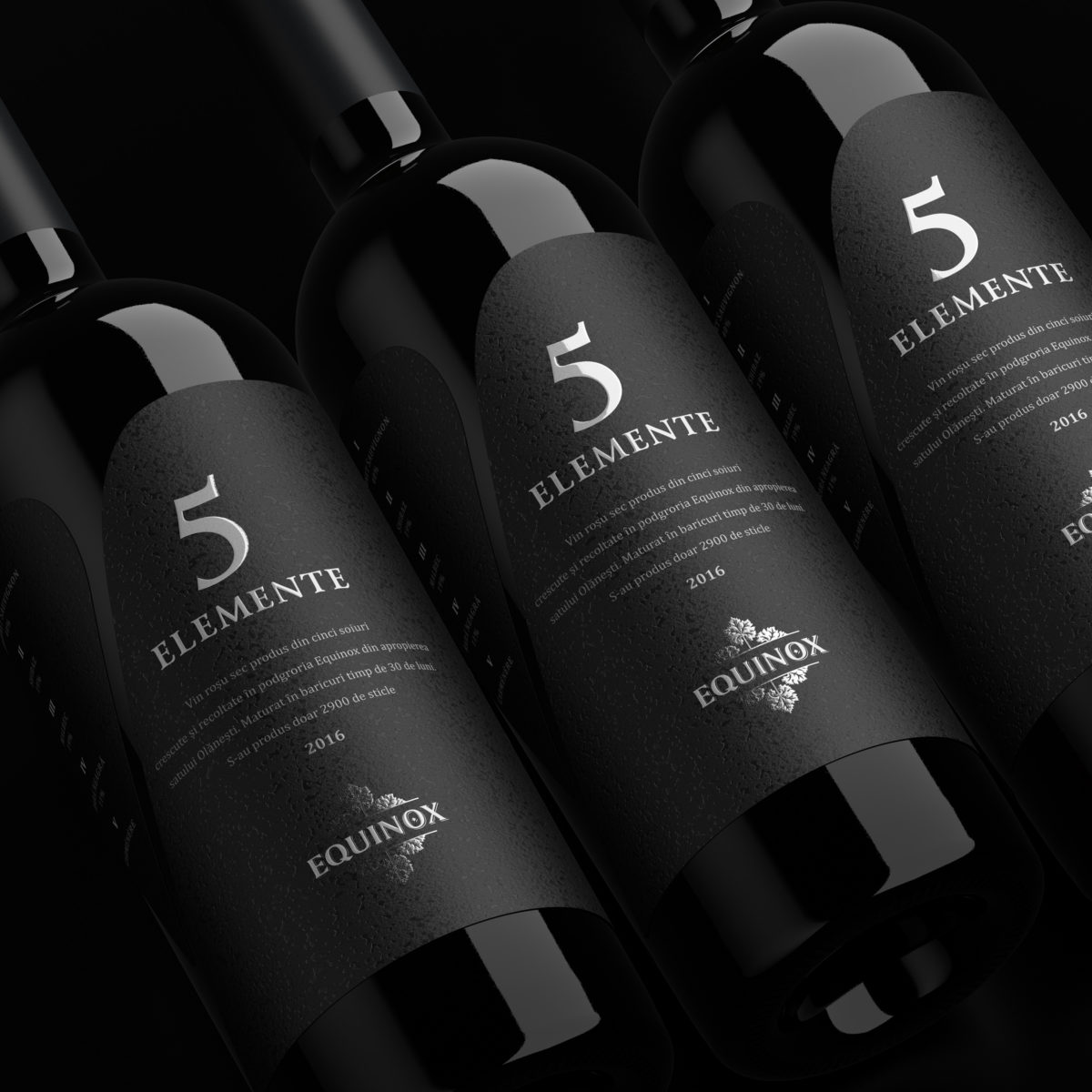 5 ELEMENTE/5 ELEMENTS is a premium segment of aged world-class Moldovan wines; their unique feature is that they are made of 5 grape varieties cultivated in various wine-making regions of Moldova.

The need for restyling has been caused by several factors:

1. the manufacturer has decided to use a conical bottle to increase the product’s status;

2. the manufacturer has acquired the opportunity to paste a complicatedly designed label around the entire circumference of the bottle.

We have been waiting for such an opportunity for long 7 years. After all, the initial concept of 5 ELEMENTE was developed in the distant 2012.

The highlight of this design is the Roman character “V”, which depicts the main idea of the product – five types of wine intertwined in a unique blend. The special paper used for the label as well as the strategic placing of all the graphic elements provoke the potential consumer to take the bottle and spin it in their hands, touch it, which certainly makes a deeper impression and renders the design more memorable.

However, due to technical aspects, the manufacturer was unable to implement the suggested concept 100% at that moment. We had to simplify the design reducing the vividness and brightness of the concept’s graphic expressiveness in many respects.

In spite of that, 8 years later, the project was updated to a better, more expressive form. We would like to bring to your attention the updated 5 ELEMENTE in the new implementation of the original concept!