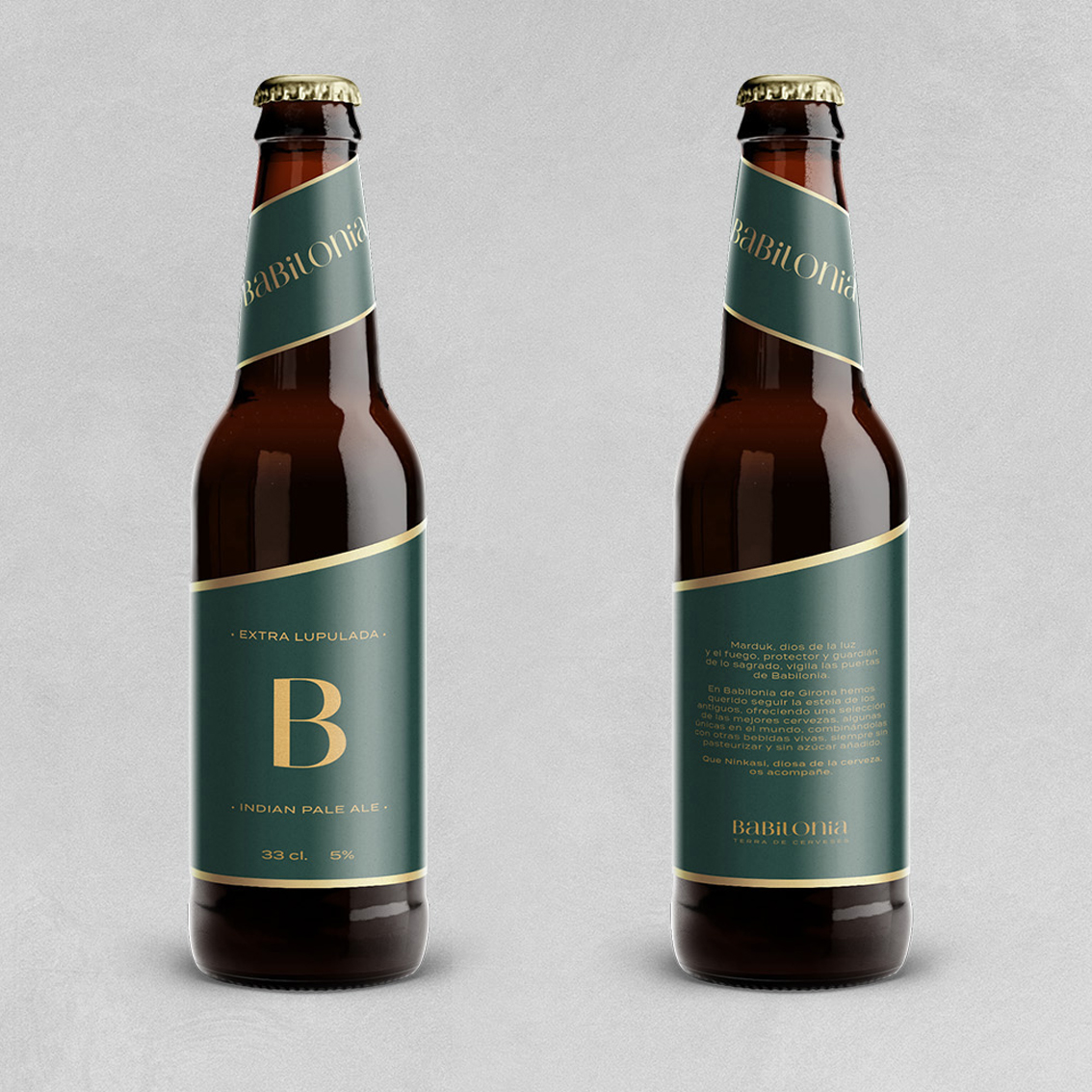 Grup Boira commissioned us the identity of its new store in Girona, “Babilònia, Terra de Cerveses” (Babylon, Land of Beers), a new concept of beer bar where you can taste the pairing of the best craft beers or beer-based cocktails with sophisticated tapas.

We based the development of the brand (identity) on the History of Babylon, which is the story of an Empire and that of its own beer.

Babylon the Great is the city of excess, pleasures, exuberance, gold… it is the city of luxury, art and science. Beer in Babylon became a drink not only for everyday use, but also a sacred one. Its process of fermentation appeared as a divine and almost magical work, and thus offerings were made to the gods.

Dark colors, like bottle green, are a direct reference to the Ishtar gate in Babylon, and they are also used in the interior design of the premises.

Typefaces of different families and the mix of upper and lower case letters are a direct reference to the Tower of Babel, where according to the myth all the languages ​​of the world originated. The different thickness of the lines in the Babilonia brand remind us of the Babylonian cuneiform writing.