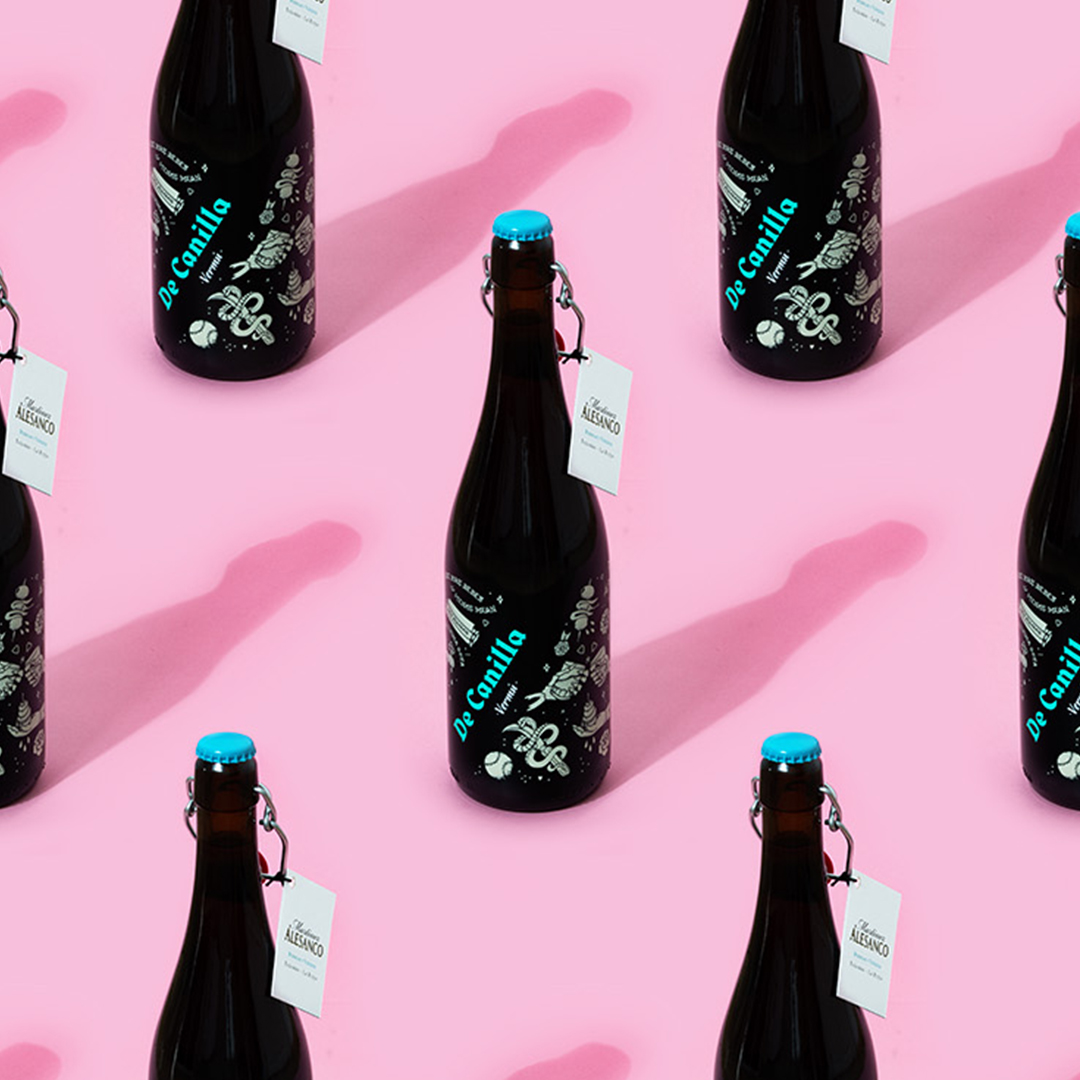 Produced by Martínez de Alesanco, a winery form Rioja (Spain), ‘De Canilla’ is an artisanal vermouth that pays tribute to Rioja culture, its bars and traditional food. The graphic ecosystem created for this vermouth is born from the union of two worlds plenty of imagery: popular culture of Rioja and traditional tattoo. We created some “tattoo flashes” replacing traditional themes such as sailors or pin-ups, for the great moments lived in bars and pubs. To increase interaction with the brand, each bottle comes with a different temporary tattoo.