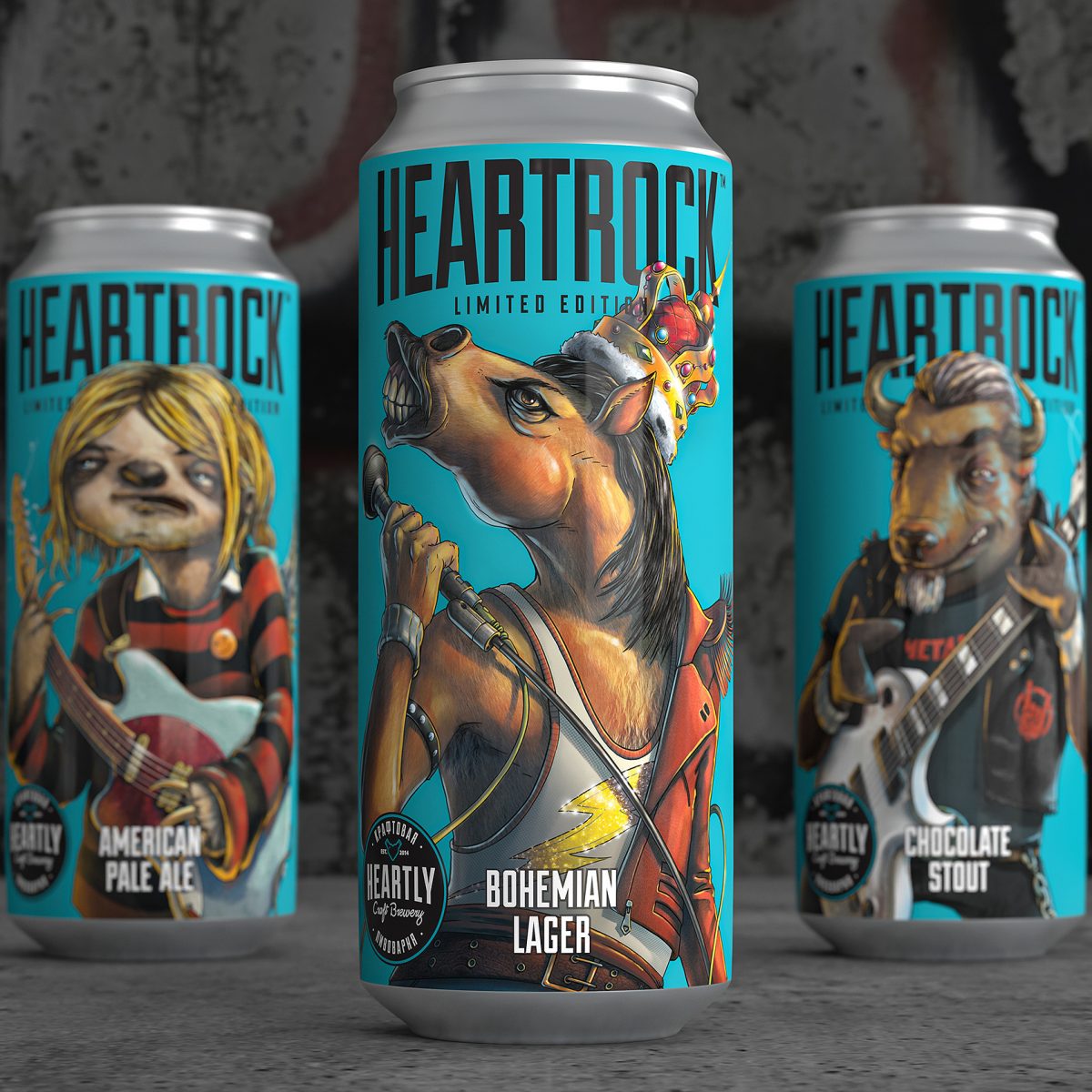 On the eve of international festival Fox Rock Fest 2020, the famous “zoo” Heartly transformed exposing himself in a true rocker look.

The limited Heartrock line included the most famous styles of Heartly Brew beer, the front-runners of many beer festivals, well known by beer geeks and various craft beer lovers in Russia.

The characters created by the designers of CUBA Creative Branding Studio, are declaring a fearless rebellious approach, appropriate to the craft brewing in general and for each kind of Heartrock line`s beer.