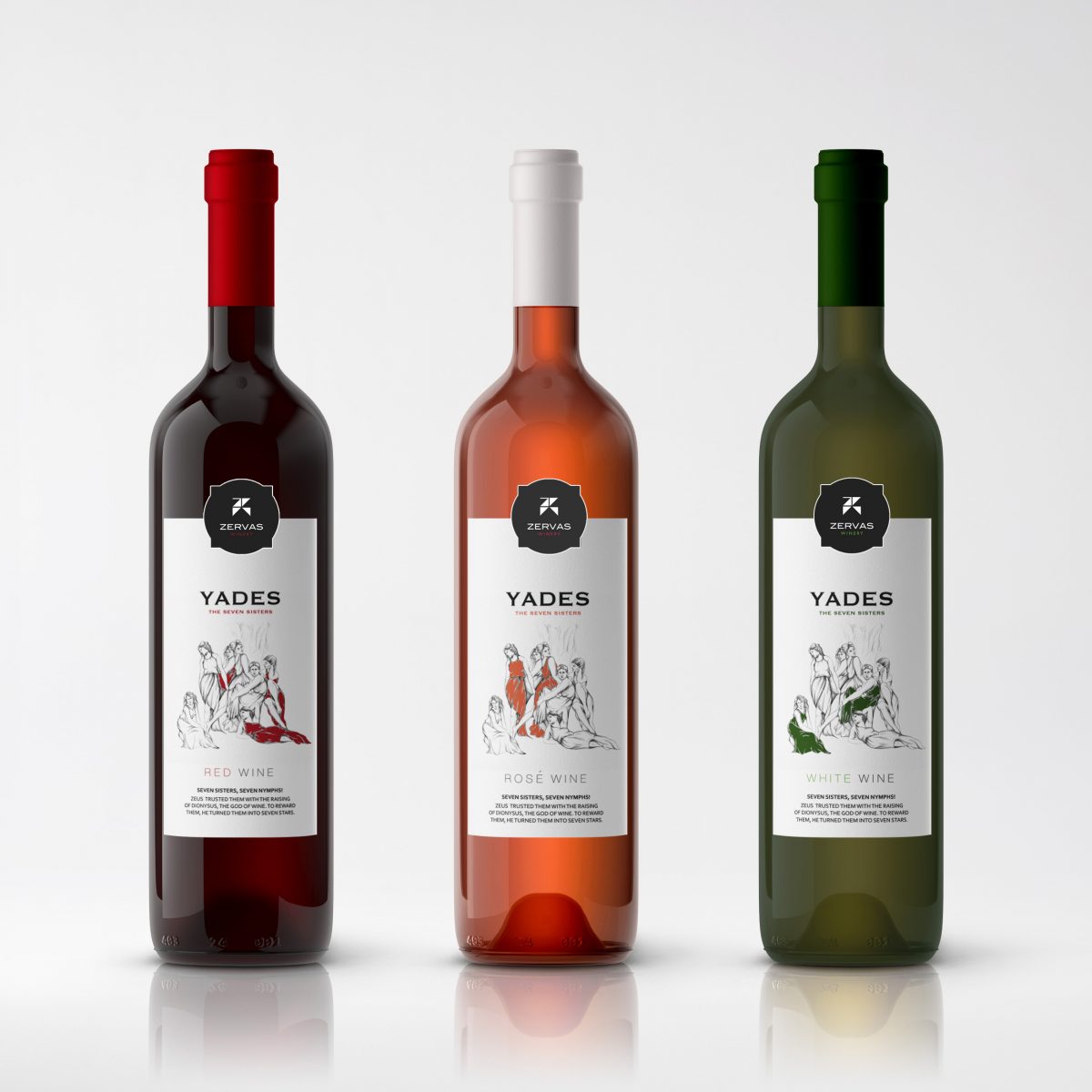 Yades, according to Greek Mythology, were seven sisters, seven nymphs. They were living in the area of Epirus in Greece, where is the location of my client’s winery. Zeus trusted them with the raising of Dionysus, the god of wine and to reward them, he turned them into seven stars.
The concept was to incorporate Greek mythology, the geographic area that was important as far as the quality of wine is concerned and of course the wine. The brief for the illustration was about seven ancient Greek dressed women that we could edit and separate for the three different editions. A coated wine paper was used and hot foil stamping was applied in different coloured tunics.
The product is addressed mainly to tourists in Greece, who want to try a local wine and buy it as a gift.