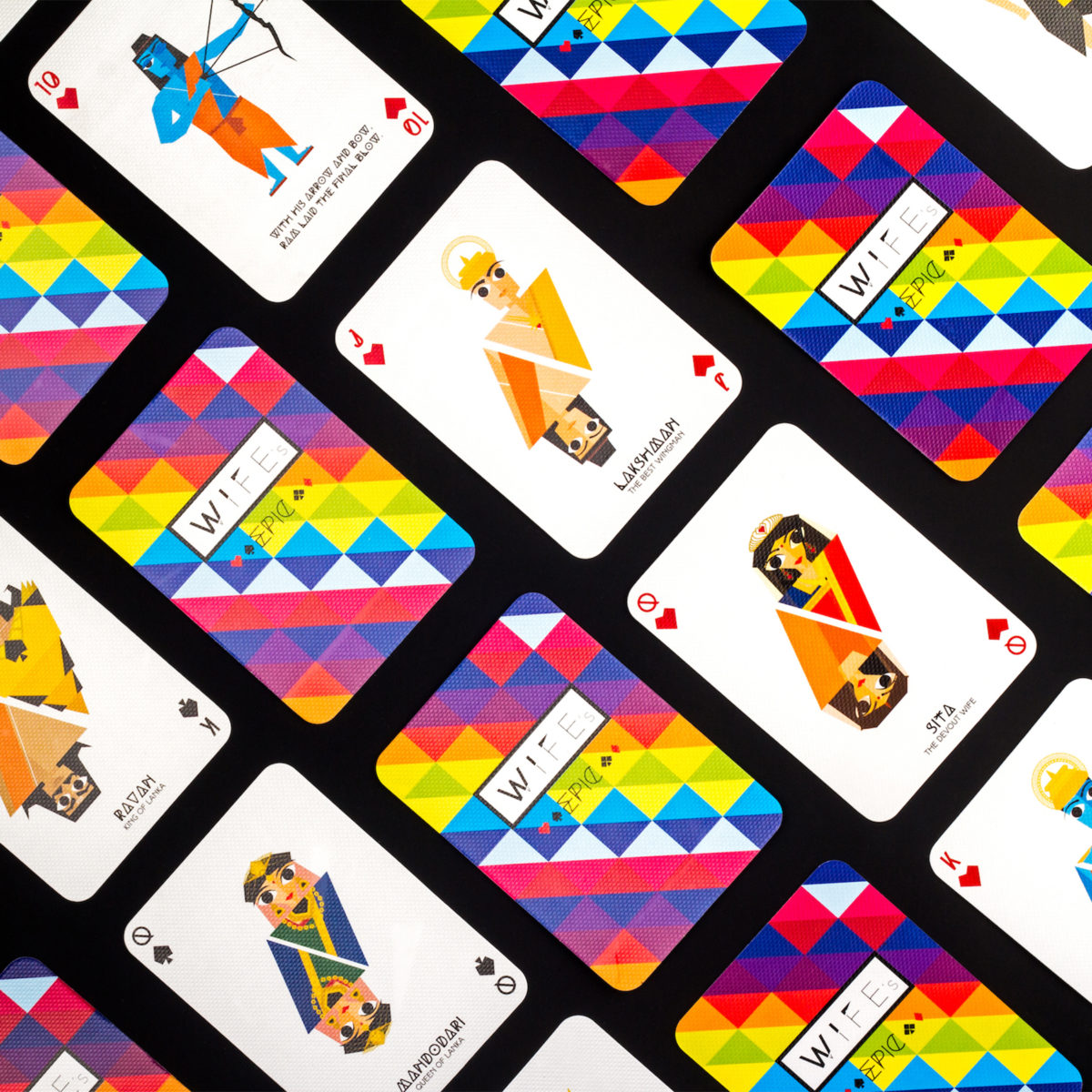 Playing Cards are extremely core to the culture in India on every Diwali – the biggest festival celebrated in India for it is believed that whosoever gambled on this auspicious night, would proper throughout the ensuing year. Meanwhile, Lord Ram coming back home after 14 years of exile was exactly why Diwali was celebrated in the first place. Hence, the culmination of the Ramayan and the Playing Cards were almost a match made in mythological heaven.

The playing cards are designed strategically and in fact, tell the whole of the Ramayan in the span of the 52 cards. The Heart is denoted by King Ram of course, and his queen Sita, the Spade by King Ravan and his queen Mandodari, the Diamond by King Dushrath (father of Ram) and Kaikeyi (step-mother to Ram), and the Clubs by Sugriv, the Monkey King. As we go linearly, from cards Ace to King, the epic unfolds from each of their perspectives. Magical and charming, historic and legendary, traditional and extraordinary, the creative aesthetics and designs strive to be every bit this epic as well.

The illustrations style adopted was geometric, minimalist and edgy to create maximum impact, using colours and features as key to making the characters memorable and recallable. The characters on their key cards were also denoted by two styles in order to communicate their multi-faceted lives. Every card brings in colour with its behind graphic, which is core to the Wife brand identity.