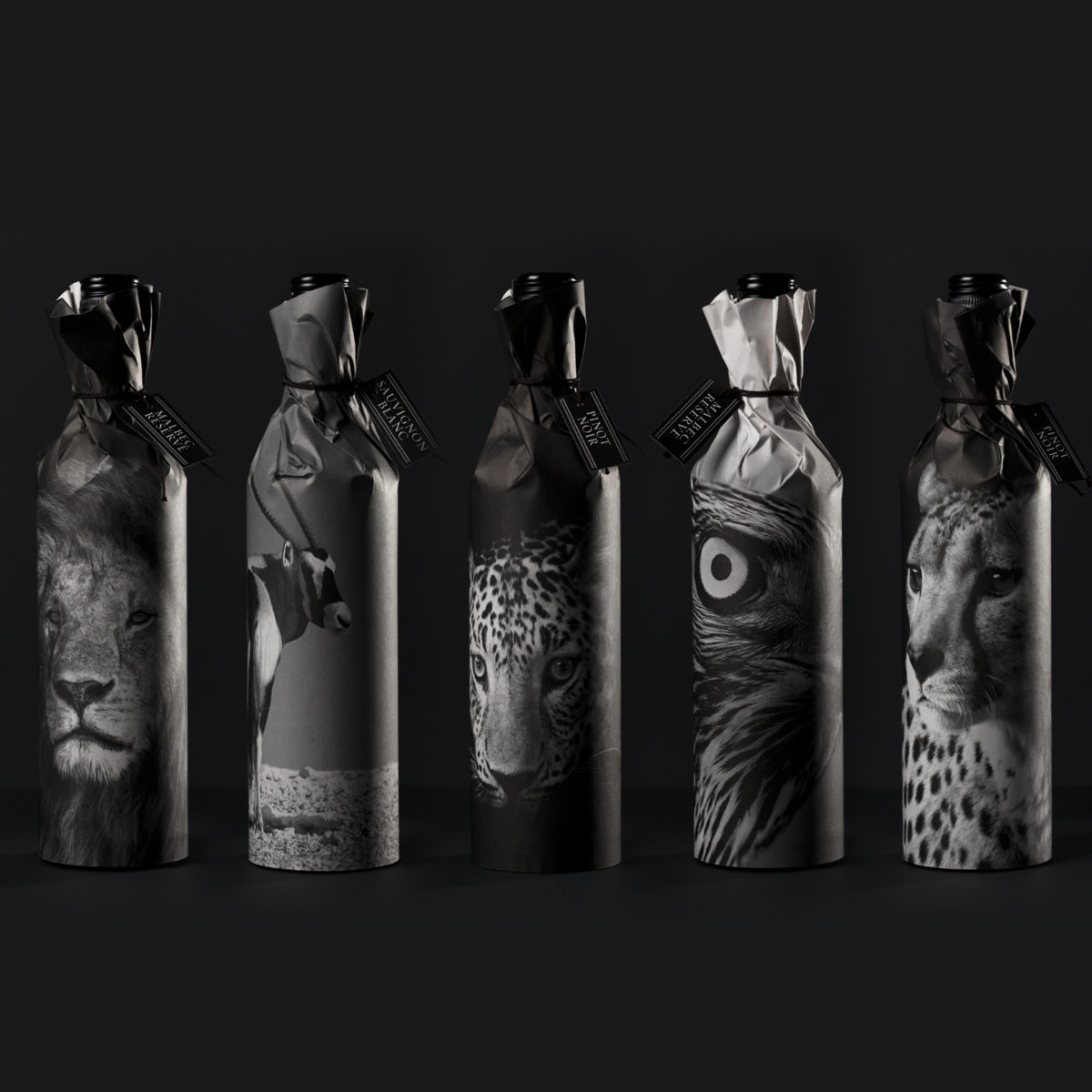 The Kgalagadi region is well-known for its wildlife, and the trans-frontier park is home to some of Southern Africa’s largest predators: cheetah, lion, leopard. Produced for the luxury guest camps, this range of wines celebrates the surrounding environment. Each bottled cultivar is themed after an animal, and wrapped in a dramatic black and white illustration. Inside, the wine labels reveal additional details of the species, including distinctive markings and pawprints.