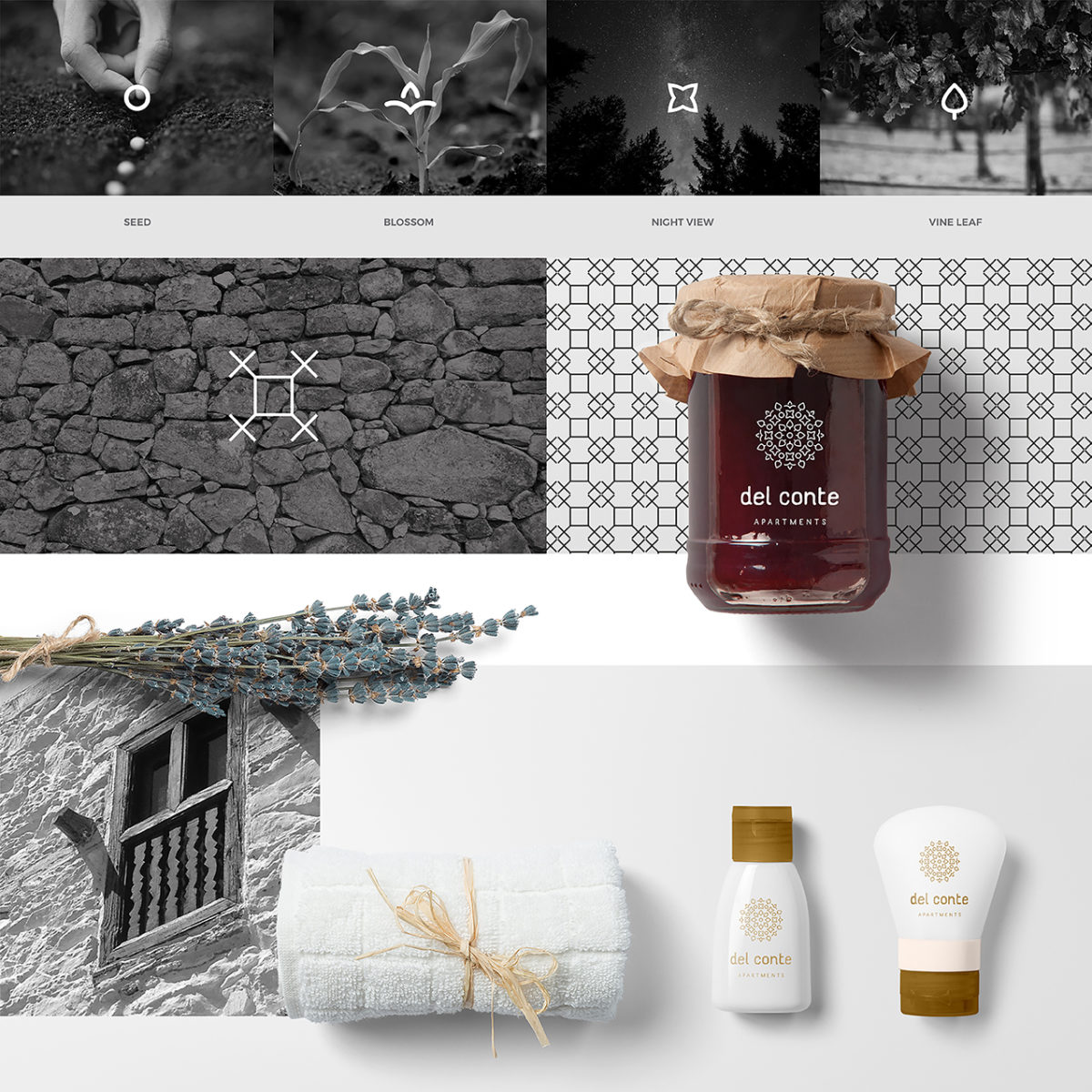 Del Conte agricultural apartments are located in Cyprus, at the historic Kalopanagiotis village which is part of Lefkosia’s county. This small traditional building complex expands in 3 flats and is influenced of at least 3 architectonic phases, with the eldest one tο be dated somewhere near 1872, and to have the local stone as it main construction element. The building consists of 4 agricultural apartments and one old treadle. Del Conte agricultural apartments are a reference of a traditional building restoration, and of a scholastic study that managed to include county’s traditional architecture. Both concept and inspiration when designing the logotype, were created from agricultural elements of this Mediterranean location, from its landforms and also from dominate season elements such as the sun. Through this minimalistic symbolic depictions such as the seed, the blossom, the vine leaf and the dazzling mountain night view of the late night sky, we composed and symbolised the element of the Mediterranean sun in a circular approach, as a dominant symbol of changing seasons, of a new day, of rebirth and creation!