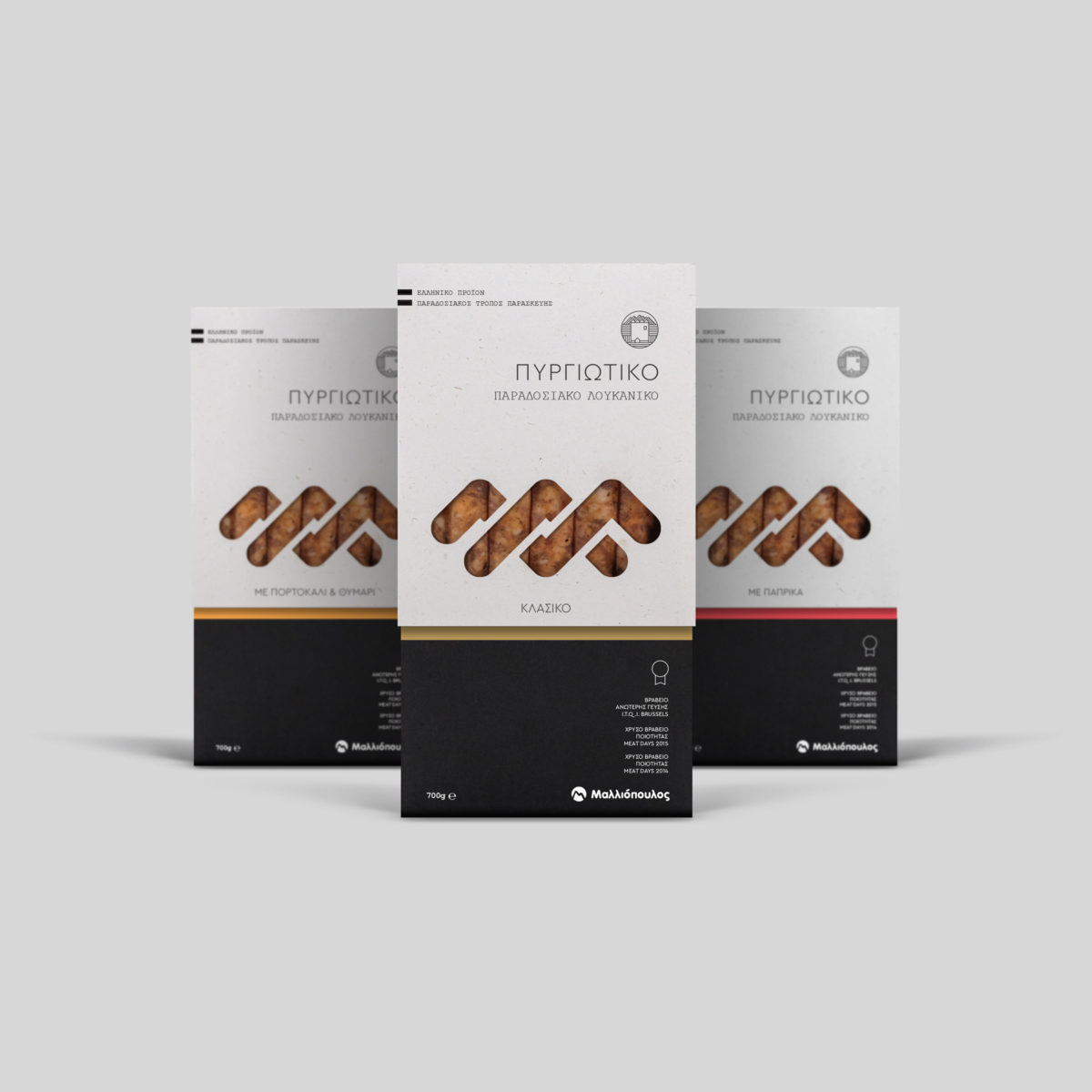 A «limited edition» number of packages made in all five variations promoting the traditional Greek PYRGIOTIKO sausage. The brand name is based on the traditional recipe of the city of Pyrgos in Greece [Pyrgos in Greek means tower – castle]. The name of the city influenced us in both naming and designing the logo. The minimal color palette of gold, red, orange, purple and green makes the product noticeable by visualizing all different flavors. For typography, we chose to combine a geometric and monospaced font with a simple character in order to preserve harmony between logos and icons.

The majority of other commodities (even the most «delicatessen» ones) are sufficient in a simple window-cutter solution, either in the shape of a circle or in the shape of a parallelepiped. With the aim of differentiation and uniqueness, we chose a powerful symbolic way of visual access, symbolizing the geography of the «Pyrgos» town location. Our window-cutter solution represents the mountains of the region and at the same time creates the “M” initial letter of the Malliopoulos company.