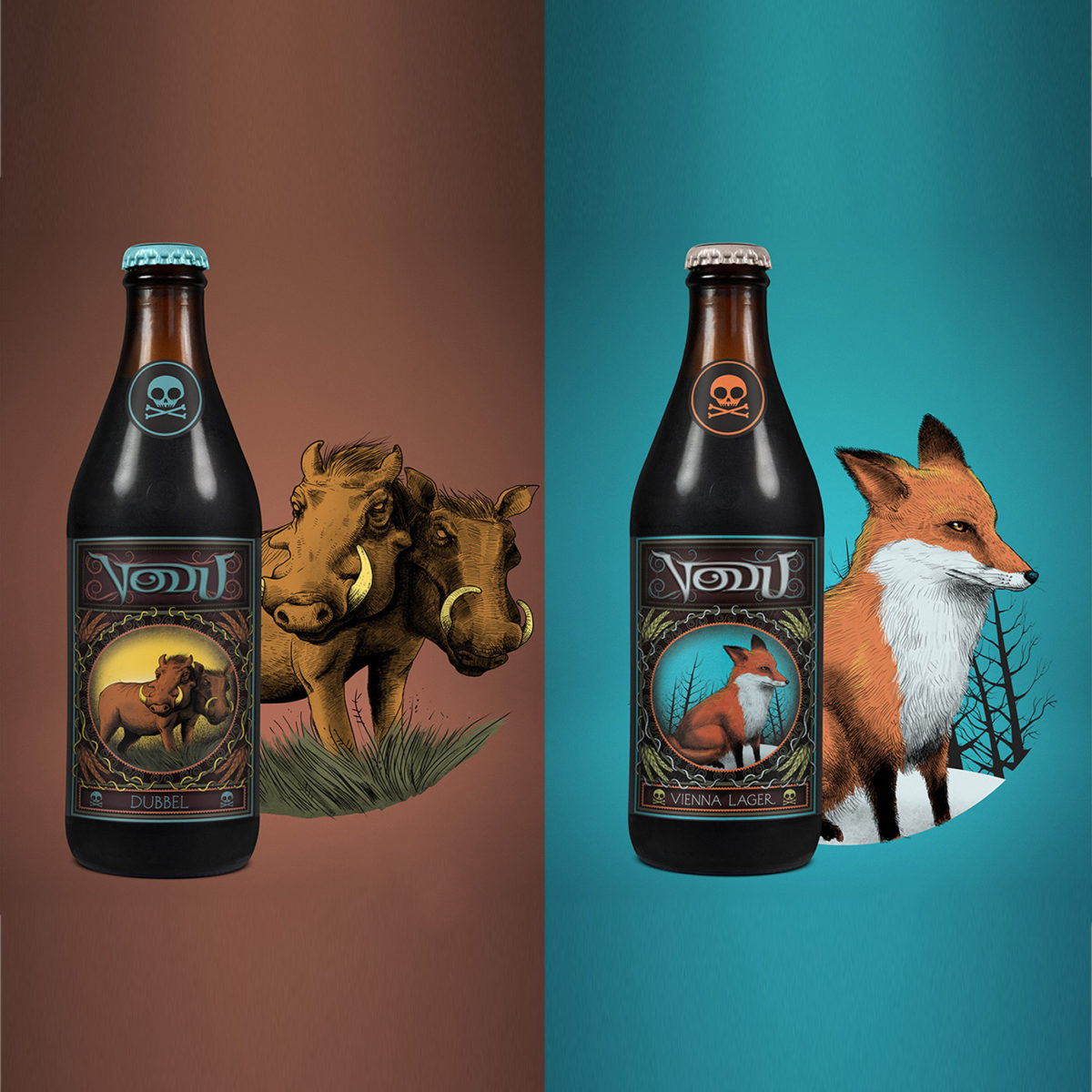 I was charged to develop an visual universe, illustrations and labels for a micro brewery company called Vodu. They are a brewery from Florianópolis, SC, Brazil, and nowadays is a one-man brewery company, with capacity to produce up to 500 liters per month. Now he decided that it’s time to make things more professional, increasing the production and packaging it in bottles, so he contracted a graphic designer to handle it. The founder, Romulo Ceretta, is also an metal musician, so I decided to include that trace in this new visual identity. In order to represent this dark trail of metal in the brand, all the six labels of Vodu have an “obscure” animal that personifies the characteristics of each style of beer.

About Vodu, with the words of Romulo Ceretta: “The Vodu Brewery was born by a force of desires. It began by the thirst of friends, then by the thirst of acquaintances and nowadays by the thirst of many people that we still do not know. The recipes began in fifteen-liter cams, which later became sixty, two hundred and fifty, and today five hundred liters, evolving according to the constant and indispensable learning for those who want to make good beer!”